Zanzibar is an archipelago located in the Indian Ocean off the eastern coast of Tanzania, and consists of numerous small islands and the two main islands: Unguja (referred to informally as Zanzibar) and Pemba.  Zanlink is the leading ISP in Zanzibar and provides communications coverage, connectivity and enterprise services across the entire geography of Zanzibar, boasting over 65% market share of the private and public sector business communications market.  In 2014, Zanlink became the first carrier to provide 4G (Wimax based) services to Zanzibar’s customers.

Zanlink offers high speed broadband, convergence (voice and data) services and connectivity solutions through its metropolitan fibre and microwave backbone network,  and has recently established a Point of Presence (PoP) in mainland Tanzania, giving Zanlink the scope to form strategic partnerships with other global operators in East Africa and providing Zanzibar with global interconnect capability. Because of the complexities of the geography involved in providing communications services to businesses across the island region, Zanlink utilises high-speed microwave backhaul links to provide a stable and scalable connectivity solution to outlying towns and remotely located businesses outside the capital of Zanzibar City, whilst within the capital a fibre network provides high speed urban connectivity to Zanlink’s customers.

As Zanlink’s market leading services attract an ever-increasing number of customers to its network, each with growing demands for enhanced services and increased network bandwidth and throughput, the amount of traffic on its wireless backhaul network also began to increase significantly. This started to produce operational problems for Zanlink in its wireless backhaul network links – using at that time an ageing Motorola Canopy network – primarily because of the inflexibility of the backhaul equipment in terms of channel frequency selection. Operating solely in the 5.4Ghz range, and working close to channel saturation, the only way for Zanlink to cope with the increased demand, would have been to deploy new, additional units operating in the 5.7Ghz range. Not only was this a significant expense in itself in terms of operational purchase, deployment and ongoing support of these new units, it would have also meant having to dramatically increase the sparesholding requirement of spare backup units, which would further increase the overall cost of deploying a parallel 5.7GHz solution. In effect, this would have meant doubling the spares stock. In addition, as demand further increased over time, this would mean that the new units may also have had a finite short life-span before they would need to be replaced or supplemented by further additional units – again at different frequencies or of a different model type – to cope with future demand.

Zanlink turned to InfiNet Wireless for a more flexible solution that would meet its needs and would also reduce the operational costs needed to upgrade its wireless backhaul network. InfiNet’s point to point (P2P) and point-to-multipoint (P2MP) solutions were attractive to Zanlink primarily because of the operational flexibility and savings that the solutions could bring: frequency allocation for the InfiLink 2x2 backhaul units can be selected and allocated through software across a variety of frequencies from 4.9 to 6.0Ghz from a central management location, meaning fewer visits to the base station sites to upgrade or replace deployed units. In the same vein, the InfiNet units can also be software-upgraded for capacity increases, meaning the network link capacity can be scaled quickly and easily as demand across the backhaul network grows, again giving Zanlink the flexibility to upgrade without the need to physically visit the base station location. Finally, because of the units’ flexibility to software-switch frequencies, the overall cost of deploying InfiNet’s solutions dramatically reduces operational life costs, leading to decreased training, installation and personnel costs, reduced sparesholding requirements, fewer product lines to maintain and improved deployment lead times.

The success of the InfiNet products in the Zanlink core infrastructure has led Zanlink to broaden the use of InfiNet products across its network. Its improved stability and throughput over previously deployed equipment, has led to the introduction of InfiNet solutions beyond the backhaul network and into the client connectivity layer, where Zanlink is now using InfiNet’s  point to point and point-to-multipoint solutions to also deliver wireless broadband connectivity and services directly to client premises as well as across the backhaul network. 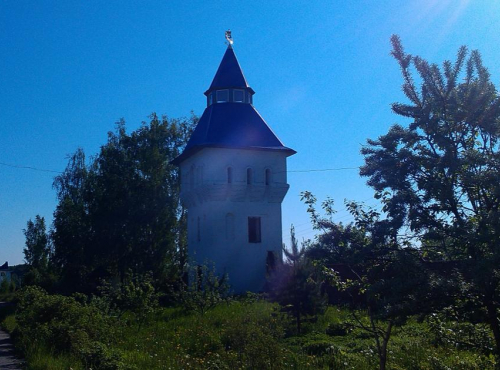