About DCT. Opened in December 2008, DCT is the most technologically advanced container terminal and the second largest (by capacity) on the African continent. The most significant characteristics of this port include a 1.6 million twenty-foot equivalent unit (or TEU) cargo handling capacity, more than 1000 meters of quay length, 8 Super Post Panamax quay cranes with twin lift capacity and 18 meters draught, allowing the port to accommodate the latest generation of cargo vessels.

The old adage of ‘Time is Money’ is particularly true for port operations where the ability to manage container inventories, conduct inspections and load and unload ships quickly, efficiently and safely, can have a significant impact on the port’s bottom line.

To conduct these operations, DCT personnel use a series of hand-held terminals (HHTs) and vehicle-mounted terminals (VMTs) to communicate with each other and with the DCT central control room. The HHTs are used by the inspection team to conduct random checks of containers, and by the dispatch team to ensure that containers are either sent to the right storage location or loaded onto the correct vessel. Similarly, as their name suggests, the VMTs are mounted on the handling equipment (cranes, reachstakers, trucks) and provide the driver with instructions on where to pick-up or drop-off containers.

For the backhauling of data from these terminals, DCT relied, in the past, on a legacy narrow-band network. While the network did provide extensive coverage, it left much to be desired in terms of reliability and bandwidth. As Mr. Abdourahman Houssein, IT Manager at DCT, explained, “Real-time data transmission is vital to our operations, particularly during peak hours when we are operating at full capacity. Unfortunately, our legacy network had a bandwidth limitation of less than 50Kbps, which severely impacted our personnel’s ability to conduct basic operations efficiently and effectively. For example, there were several instances where it would take up to about 10-15 seconds for data on the HHTs and VMTs to get updated.”

The legacy network also posed two other significant challenges. For one, its low bandwidth meant that the network could not support voice, video and business applications. Its inability to support video streams meant that the  port could not deploy a 24/7 security surveillance system - a must-have for any modern day port. On the ground, the port employees were also not able to use the mobile functionality of business applications. Secondly, the network architecture precluded a connection between the port itself and its two remote offices. For this, DCT once again used the local operator’s network, which resulted in a low bandwidth, unreliable and extremely expensive ad-hoc solution.

As a cornerstone of the Djibouti economy and a lifeline to neighboring landlocked Ethiopia (which has gone as far as to build a dedicated railway line to transport goods safely and quickly between Ethiopia and DCT), it was clear to the DCT management team that they needed to upgrade their network infrastructure as a matter of very high priority.

Tasked with this challenging undertaking, the DCT management enlisted the services of E2E, one of the region’s leading system integrators for the telecommunications industry. After a through site survey, the E2E field manager realized that a pure WiFi solution would not be able to support all the port requirements, e.g.  data for the HHTs and VMTs, voice, video for remote surveillance and backup for the fiber connecting all onsite offices. With years of experience deploying wireless solutions and a track record of several high-profile projects across the Middle East & Africa (MEA) region, there was no doubt in E2E’s report to DCT that the final solution would have to be based on a mix of InfiNet’s InfiLINK XG, the company’s industry leading point-to-point (PTP) wireless solution, along with the InfiMAN 2x2, its point-to-multipoint (PTMP) solution, a mix which would provide DCT the robust, reliable, secure, high-bandwidth infrastructure it needed to support all port operations, both now and well into the future.

Over the next nine months, working closely with DCT, the E2E and InfiNet teams jointly planned, designed and validated the network. To ensure maximum coverage, the project team strategically deployed a number of 300 Mbps base stations to provide coverage across all corners of the port. These base stations were then wirelessly connected to multiple subscriber terminals, providing on-site backhauling of the WiFi netwrork as well as to supporting video transmissions for security surveillance. In addition to the onsite network, DCT deployed a number of InfiLINK XG units delivering up to 500 Mbps and connecting the central port facilities with two remote DCT offices. Finally, to manage the entire network, DCT selected InfiNet’s InfiMONITOR network monitoring system.

In operation since December 2017, the InfiNet Wireless network has far exceeded DCT’s expectations and the requirements detailed in the initial RFP. As Mr. Houssein explained, “At the top of our requirements list for the new communications platform, was the ability to ensure seamless real-time data exchange over WiFi for our HHT and VMT operators. For this, we had spec’d out a bandwidth requirement of 50 Mbps but the capability of the InfiNet network to support speeds up to 300 Mbps, coupled with the extremely robust and reliable design, means our operators can now communicate 24/7, with zero downtime or loss of connectivity. This additional bandwidth has also allowed us to extend coverage for voice and data to our Quay cranes which is not only a major bonus for our operational efficiency but also allows us to significantly reduce costs associated with voice telephony over legacy mobile network.”

InfiNet’s network monitoring system, the InfiMONITOR, allows the port’s IT team to have 24/7 visibility of the entire network, automate the management of the links and keep track of several key performance parameters such as utilization level of each communication link, status of all local and remote network nodes or cluster of nodes, radio signal level, CPU utilization level, etc.

Security, both in terms of securing access to the network and physical security of the port, has been another major advantage of the InfiNet Wireless network. For one, unlike the legacy narrow band network which had few, if any security features at all, the InfiNet units come with in-built bullet-proof network access control. In today’s cyber-climate where hackers are looking for the slightest vulnerability to gain access to an organizations’ critical assets, this high-level security benefit is paramount. Secondly, the high-bandwidth network can support real-time video transmission which has allowed DCT to deploy a surveillance system platform across the entire area of port.

“Over the next few years, we plan on expanding the port’s footprint to include, among other things, a dedicated railway line. We are also planning to add more remote offices to support our growing staff and cargo handling. The future-proofed and scalable design of the InfiNet solution allows us to easily expand our coverage to include these future port extensions. With InfiNet Wireless now being the backbone of our operations, I am confident that we will be able to deliver our aggressive growth plans and firmly establish ourselves as one of the key ports-of-call in Africa,” concluded Mr. Houssein. 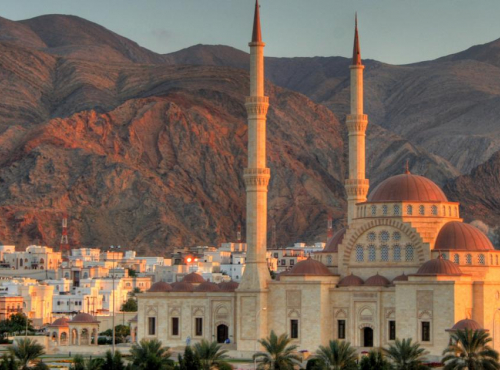 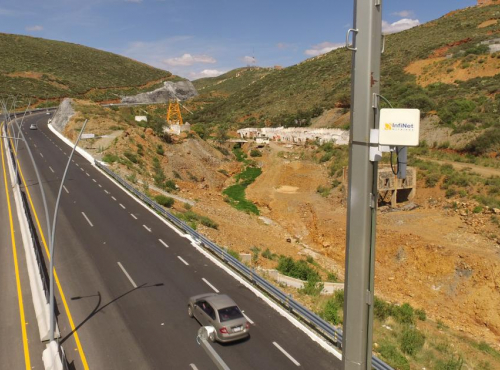