The town also reported a 22% decrease in theft since the deployment of the new wireless platform.

InfiNet Wireless, the global leader in fixed broadband wireless connectivity, has announced that personal injury crime in Bojáca, Colombia, has been reduced by at least 45 percent since the beginning of 2017, thanks to the implementation of a brand new and cost-effective wireless infrastructure.

Bojáca, a small town near the capital city of Bogotá, began the fight against rising crime in all corners of its jurisdiction after it experienced a wave of personal injuries to members of the public, burglaries during day and night, as well as drug trafficking related offences. In 2016, the local government decided it needed to take pre-emptive action and implement a video surveillance solution to initially cover six strategic locations in the town, coupled with an increase of police patrols. 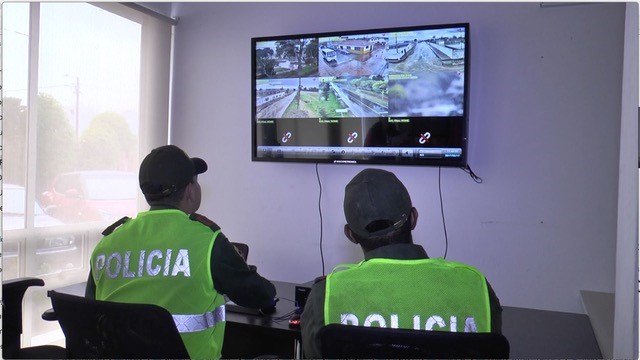 The results from the crime records show that in the first eight months of 2016, there were 80 personal injury cases reported in the town. However, over the same period of time immediately following the launch of the surveillance platform, the total recorded crime cases fell to only 44 – a drop of 45 percent. By early 2018, police figures continued to report a reduction in crime.

This project started after the government approached Maicrotel, InfiNet’s partner and a key system integrator in Colombia, to design and implement a wireless network which would dynamically and reliably transmit video streams from IP cameras - some equipped with fixed lenses, others with remotely-controlled pan, tilt and zoom functionality. Maicrotel installed high capacity base stations from the InfiMan 2x2 Point-to-Multipoint (PMP) well proven portfolio in four central locations. Other locations were fitted with the InfiLINK 2x2 LITE Point-to-Point solution because they were sited out of the base station reach and coverage.

The ultimate platform deployed enabled the law enforcement authorities to significantly reduce the crime rate in the town, using various analytics such as face recognition and automatic number plate recognition (or ANPR), as well as provide high quality video recordings which are used as strong evidence in court cases. A significant 22 percent decrease in drug sales was also registered with the authorities over a very short period of time.

The first phase of the project has proven to be so successful that a new budget has already been allocated by the local authorities to increase the number of video cameras and enable them to monitor all access routes into the municipality, thus continuing their efforts to improve security and reduce theft to residences and businesses of all types.

“We are thrilled with the results of this project, as it helps us deliver much higher security to Bojáca and its surrounding communities and ultimately have a big and positive impact on their quality of life,” said Carlos de la Madrid, LATAM Director at InfiNet Wireless. “The Bojáca police now have their eyes on all corners of the town, thanks to the reliable and dynamic monitoring platform we have deployed. In addition to carrying real-time video streams, we have also delivered a wireless platform able to support the town's need for high quality voice and data transmissions.”