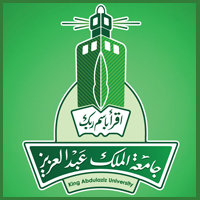 The aim of the project was to build a unified network infrastructure to connect the administrative building and two geographically remote campuses. When approached by the university, the team at Eurotel selected InfiNet products as the best solution to provide it with reliable connectivity in extreme temperatures.

Eurotel deployed a number of InfiNet’s InfiLINK 2x2 point-to-point links to provide extensive network coverage for the whole university. Due to the geography and topology of the area - the university is located between two large mountains - the deployment of a fibre-based infrastructure was simply impossible to achieve due to terrain, logistics and associated costs.

InfiNet’s Wireless equipment provided reliable trouble-free network with higher speed and better link quality. This has allowed the university to optimise the productivity of both students and staff.

King Abdulaziz University was founded in 1967 in Jeddah, Saudi Arabia. It is the largest university in the western province of Saudi Arabia and is the only education institution in the region that includes two separate campuses in two different locations - one for male students and another for females. The university has a number of scientific and theatrical fields of study including Ocean Sciences, Nuclear Engineering and Medical Sciences.