The city of Kaposvár, one of Hungary’s major cities and the county seat of Somogy County, Transdanubia, today announced the completion of the first major phase of its city-wide monitoring project using CCTV and broadband wireless technologies supplied by InfiNet Wireless, and implemented through InfiNet Wireless’s local Hungarian partner Sinus Networks.

With its high resolution video and audio capture and recording capability, the system is designed not only to monitor crime and anti-social behaviour in public areas but also to provide telemetry, traffic and vehicle information around the region. The implementation of a CCTV surveillance system is the first step in Kaposvár’s strategy to reduce crime and to increase visitor and resident security across the county capital, whilst also providing proactive monitoring of the region’s road traffic network through the same network. The system covers not only the inner limits of the city, but also extends out to key visitor hotspots lying beyond the city boundaries, including the Lake Deseda area – one of the most popular local visitor attractions. 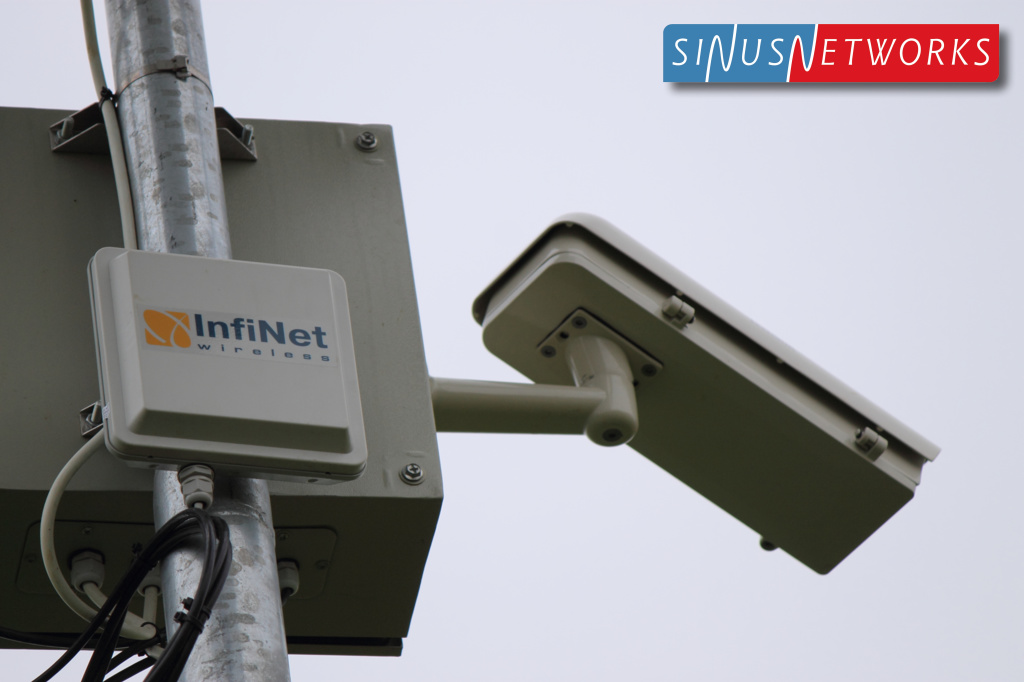 Kaposvár has taken a unique architectural approach to designing the system, basing the entire ‘physical’ network purely on wireless technology – from the core redundant-ring backbone and link feeds to the monitoring headquarters through to each of the camera sites – rather than the traditional copper or fibre architecture typically utilised in these types of networks. This flexibility of design allows camera sites to be deployed quickly and relatively inexpensively around the city, with camera locations easily added, removed or redeployed as or when they are needed – for example, for any special public events or traffic works that may only require temporary coverage. The system also makes use of state-of-the-art technology features such as fully computer-automated monitoring across the system, offender facial recognition and the tracking of ANPR (Automatic Number Plate Recognition) vehicle data and vehicle movements throughout the city.

InfiNet Wireless’s highly successful InfiMan 2x2 P2MP (point to multipoint) wireless solution forms the key building block of the wireless network, providing high capacity, broadband wireless network coverage to multiple key camera locations from each single unit, and offering unparalleled reliability through all weathers to fully meet the needs of the bandwidth-hungry imaging network. The CCTV surveillance system is now fully operational and operating around the clock, with more than half of the planned camera sites now installed and monitoring key areas of the city. The project has been hailed as a great success by the Kaposvár local authorities and City Council, and is already showing a positive effect on the prevention and detection rates of crime across the region.

Kaposvár is an historic city located in the south-west of Hungary, some 185km distance from Budapest, and is one of the principal cities of Transdanubia and the capital of Somogy County. With its close proximity to Lake Balaton, Central Europe’s largest lake, its mediaeval architecture and wonderfully reborn downtown area, Kaposvár is fast becoming known as a leading tourist attraction and is known locally as the “City of Flowers”. More recently, the establishment of a new University in the year of the millennium, and confirmation of its status as one of Hungary’s National Cities of Sport, has meant the number of visitors and new residents to the city has increased dramatically.