EVRAZ KGOK is one of the five largest ore mining companies in Russia. Its main deposits of titanium magnetite ores, containing a much sought-after vanadium alloy component, is located  some 140 km from its sister plant EVRAZ NTMK, all in the Sverdlovsk region in the Urals Federal District. This mine is strategic to the Russian economy as it is a main centre for the national production of high-tensile, alloy steel products.

EVRAZ KGOK currently excavates iron ore from four open pit mines, processing it further in crushing, enrichment, sintering and pelletising workshops nearby. The final products (sinter and pellets) are then loaded onto railcars and shipped to end-customers both in Russia and internationally.

The challenges associated with this specific location are primarily in dealing with the difficult terrain around the mines and plants, as well as the mission-critical need to establish permanent and reliable communication channels with all moving vehicles.

InfiNet Wireless provided a complete wireless communication infrastructure to enablereliable data transfers from the multitude of on-board computers within the vehicles, to the automated mining transport and dispatch management system located in the control centre. The deployment of this network started in November 2012 and was satisfactorily completed in March 2013, covering more than 80% of the entire plant and surrounding areas (more than 50 square kilometres).

High reliability and fully secure wireless connectivity was delivered to all work areas and across all routes of transport, including:

The backbone network consists of 22 base station sectors, spread across 14 locations to give full coverage, with up to three sectors installed on specific locations to cater the difficult terrain.

Seamless integration with an already existing wired network was achieved via the use of fibre optic cabling, as well asthrough the use of Infinet’s wireless bridging units known as Mmx, part of InfiLINK 2x2 PRO family.

The moving vehicles (154 of them in phase 1 of the project, including haul trucks, bulldozers, electric mining shovels,scrapers, excavators, etc.) were each equipped with InfiMAN 2x2 Lmc subscriber terminals to provide the required data and video links throughout the loading, unloading, earth­moving and tracking activities.

To ensure reliability of the links, each subscriber terminal was equipped with two omnidirectional antennas. Each terminal was configured in a specific way so as to ensure seamless roaming from one base station to another and in any one of four pre-defined frequency channels. The switching time achieved is less than one second.

The system has provided EVRAZ KGOK with real-time information on their vehicles, allowing the control centre to reliably communicate with each one of them and significantly reduce down time and increase safety. Infinet’s wireless solution enabled uninterrupted and real-time monitoring of themining and production activities, thus maximising productivity of the mine and plants. 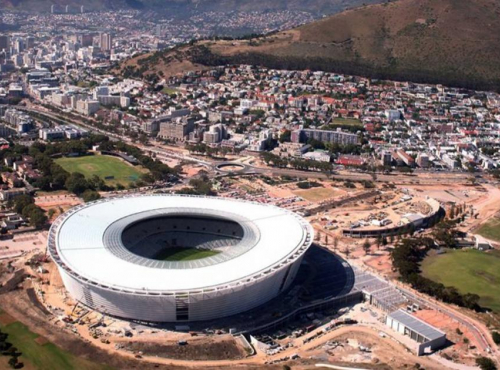 Infinet drills for success at China Petroleum and Chemical Corporation