Using cutting edge technologies, including horizontal water-flooding, Daleel increased Block 5 production from 4,500 bpd (barrels per day) in 2002 when they took over the field, to almost 41,000 bpd on average in 2013.

In order to grow production levels further, Daleel realized that deploying a truly ‘smart oilfield’ technology was a necessary evolution. However, it became quickly evident to the Daleel IT team that the existing network infrastructure in its current state would not be able to support this ambitious project. As Niyaz Bulushi, Information Management and Technology Officer at Daleel explained, “Prior to 2014, we used VSAT and GPRS technology to connect all our wells and rigs with our headquarters. Unfortunately, such a technology proved to be unreliable and slow, something we simply could not rely on for our planned growth. Our production engineers, for example, would sometimes struggle to get vital real-time data like exact status of each well or the amount of oil being produced. In such cases, we had to physically send our field teams out to each well to manually retrieve the required data. Not only did this result in loss of valuable time and generate additional costs for our company, but it also had a severe impact on our decision making process.”

In addition to the inability to access real-time data and the resultant lack of data integrity, lack of adequate communication was another issue for our company. “Our drilling engineers at HQ needed to communicate seamless and ideally, simultaneously, with all our remote rigs. With the VSAT and GPRS networks, not only where we never able to communicate in the way we wanted to, but sometimes we just lost communication altogether. This again affected decision making but more importantly, not being able to communicate with personnel on remote rigs was a safety hazard and something that we were very concerned about.”

After convincing all internal stakeholders that upgrading the network infrastructure would significantly improve reliability and connectivity of our infrastructure, and ultimately enable a better and faster decision making process, as well as achieve cost savings and finally higher oil production, the Daleel IT team got the green light to identify, select and then implement a major network upgrade. Over the course of approximately six months, the IT team conducted a thorough Request for Proposal (RFP) and Proof of Concept (POC) process with various potential suppliers.

Based on the satisfactory results achieved with the POC based on the InfiNet’s solution, the IT team decided to go ahead and start the deployment based on a well proven and future-proofed wireless platform. As Niyaz explained, “In addition to very high performance, what really grabbed our attention was the robustness of InfiNet’s solution. With installations in locations ranging from Siberia to the Sahara, this solution was clearly designed and proven to withstand extreme temperatures as well as harsh environmental conditions. This was a critical consideration for us".

Working with Infinet and HTC, Infinet’s exclusive local partner in Oman, Daleel deployed both a Point-to-Point (PTP) and Point-to-Multipoint (PMP) platform in three phases. In the first phase, which began at the end of 2014, InfiNet’s solutions were installed on all moving rigs as these were the platforms facing the biggest challenges in terms of connectivity. In phase two, which began in early 2016, the same solution was then deployed across all oil producing wells; and in phase three, which is still ongoing, InfiNet’s solutions are being deployed in all remaining wells. “Our decision to work with Infinet and their local partner began paying dividends during the implementation process itself,” said Younis Al Badawi, IT infrastructure and systems lead at Daleel. “The environmental conditions, and more specifically the extreme temperatures especially in the summer when it can get as high as 50 Celsius, frequent sandstorms and vibration on some of the rigs, posed some unforeseen installation challenges. However, thanks to InfiNet’s and HTC’s technical expertise and outstanding support, we were able to mitigate these challenges and complete the deployment as per the project plan and within the agreed budget”.

From an operation standpoint, one of the immediate benefits of the InfiNet solution is the improved reliability and higher bandwidth made available to the operations teams, wherever they are located. Production engineers are now able to seamlessly access all critical well data in real-time without any downtime. Moreover, with bandwidths as high as 5Mbps (as opposed to less than 1Mbps achieved via the previous VSAT or GPRS platforms), Daleel’s engineers have access to high volumes of secondary data. The availability of richer, real-time data has allowed them to take quicker, better informed decisions, ultimately resulting in significant increases in oil production. The higher bandwidth has also meant that drilling engineers now have 24/7 access to all remote assets and can communicate simultaneously, via VoIP, with all rigs. This is a critical aspect not just for operational efficiency but more importantly, for health and safety of the Daleel workforce.

From a network integration standpoint, a major benefit of the InfiNet solution has been the ability to seamlessly connect with all systems and hardware platforms across Daleel’s value chain. As Niyaz explains, “The InfiNet network has made it possible for us to integrate our exploration, drilling and production software tools, something which has allowed us to access and import data into a central location, thus allowing us to make better and quicker decisions.” The entire InfiNet solution was deployed in full compliance with Oman's TRA regulation, all within the permissible frequency bands and with transmit power limits of 1W EIRP @ 5.4 GHz and 2W EIRP @ 5.8 GHz.

Finally, deploying the InfiNet solution has allowed Daleel to significantly lower their TCO which was and continues to be a significant benefit, particularly in this economic climate with depressed oil prices. Niyaz elaborated, “Deploying InfiNet in our eco-system has allowed us to reduce costs in three key areas: for one, not only was VSAT and GPRS unreliable but the rental and maintenance costs were also extremely high. Deploying InfiNet has meant we no longer have to worry about such costs. Secondly, we don’t have to send our field teams out to the wells to collect data or have duplicate conversations with all our rigs which means that they can spend their time more efficiently on tasks that add value to our business and actually generate revenue streams. Finally, with 24/7 access to our personnel out on the rigs, often in remote and hostile locations, we can ensure their safety and security; you just cannot put a cost on human life.”

“All said and done, I couldn’t be happier with the performance of the InfiNet solution. The robust, reliable and high-bandwidth wireless units we deployed in our mission-critical network have allowed us to achieve operational excellence and not only meet but also exceed our oil production targets. In fact, we see so much value in the solution that we are planning on expanding the network in the very near future and using it as disaster recovery (DR) for the fiber optic network that currently connects all our site offices,” concluded Younis. 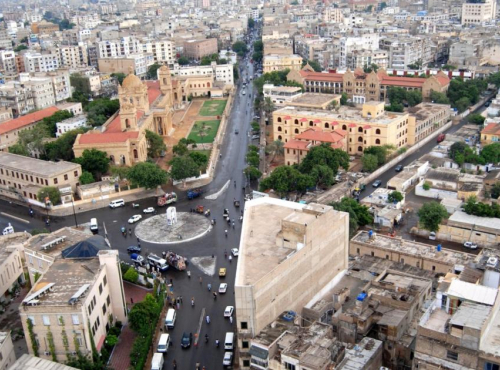 From the mountains to the city – providing connectivity across Pakistan 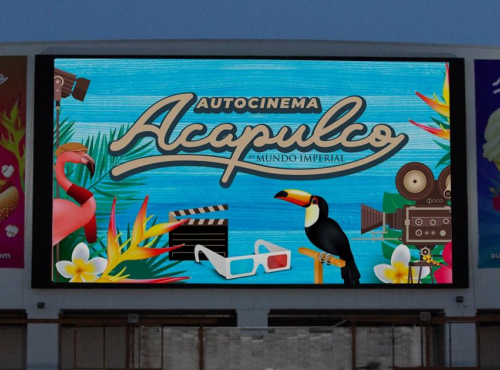