Challenges:
·         To improve the transmission of HD video streams in both Huairou and Qingdao
·         To provide real-time camera feeds to each of the designated control centres

Benefits:
·         A reliable and future-proofed network
·         Increase in Quality of Service (QoS)
·         Excellent technical support
·         Extended surveillance into areas used as escape routes
·         Ease of use for authorities to centrally monitor and control major areas
·         Delivery of HD images and video streams from all areas of the cities, exceeding the authorities' expectations
·         Cost-effective solutions, with proven scalability to meet future requirements and applications
·         Major reduction in unruly behaviour
·         Greater safety for the local communities and visitors

Usually referred to as the back garden of Beijing, the Huairou district is a small rural town 50km away from the centre of China’s capital, yet it is quickly becoming a go-to tourist attraction thanks to the increased popularity for its local economy and its stunning views of the Great Wall of China.

In another part of the country, the city of Qingdao in the Shandong Province, located on the east coast of China, could not differ more from the rural landscape of Huairou. Described as the most livable city in China, Qingdao’s population of almost 10 million people enjoy idyllic temperatures all year round and contend with increasing tourism numbers year on year. While one is in a rural area and the other is a bustling city, the rising population of both Huairou and Qingdao has created one common requirement for the local authorities across the two locations - deploying a highly efficient and reliable infrastructure to monitor its streets and keep all of its citizens safe.

These authorities recently identified the urgent need for new and modern platforms to deliver reliably real-time HD video streams, enabling the relevant law enforcement agencies to preempt crime and crowd trouble, and take action whenever required. The legacy infrastructures in both regions were simply too old and could not cater for the increased number of tourists and visitors, putting their security at risk. InfiNet's local partner, Beijing YeRui Ltd, was appointed as the main consultant for these projects based on its well-proven experience in system integration and associated services. Its initial audit of the existing platform found that images transmitted were all too often murky and pixilated, with suspicious activity very hard to make out accurately. Their main task was agreed on both projects to enable the control centers to offer true 24/7 real time and active monitoring while simultaneously reducing bandwidth requirements, ultimately to increase arrests of offenders by extending surveillance into areas used as escape routes, reducing drug offences, burglary, prostitution and vehicle crime. 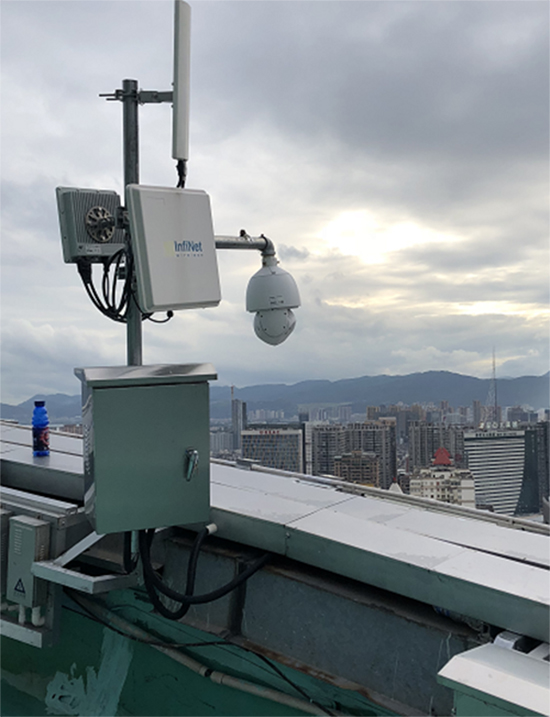 Beijing YeRui selected InfiNet's solutions for both projects. Both parties worked very closely with the local authorities to design and deploy state-of-the-art infrastructures, using the company's latest wireless technologies and offering ultra-high resolution images and video streams for long range and effective real-time monitoring purposes, whilst at the same time mitigating all unwanted interference from third party radio transmitters. The selection of InfiNet was based on its long track record of providing highly reliable wireless solutions gained through its participation in various Safe City programmes in all corners of the world, as well as its ability to design bespoke platforms for the secure and reliable transmission of cameras feeds and video streams. The company's InfiLINK 2x2 high capacity Point-to-Point (PTP) solution was deployed in the Huairou district of Beijing connecting dozens of remote sites, and then in Qingdao city connecting numerous sites to provide data transfer rates of up to 70 Mbps from the remote locations. Additionally, the InfiMAN 2x2 Point-to-Multipoint (PMP) platform was deployed to connect other facilities with strategically located base stations.

Zhang Hua, Project Manager at Beijing YeRui expressed his satisfaction with the InfiNet range of solutions deployed and said: “Since we decided to implement InfiNet Wireless solutions, we have seen a dramatic increase in the effectiveness of the services we offer to our customers in China. The performance of its wireless solutions and its excellent technical support are unlike anything we had experienced previously. The legacy network was too slow and unreliable, not able to transmit camera feeds in real-time, thus greatly compromising public safety. The new platforms we have today play a crucial role in keeping an eye on unruly behavior and ensuring excellent experiences for all our resident communities and visitors alike.  Thanks to InfiNet's continuous product developments, we can now claim that we are able to make it much easier for the local authorities to centrally monitor and control major areas of our cities.” 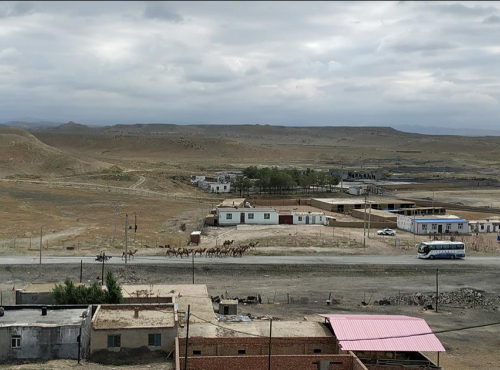 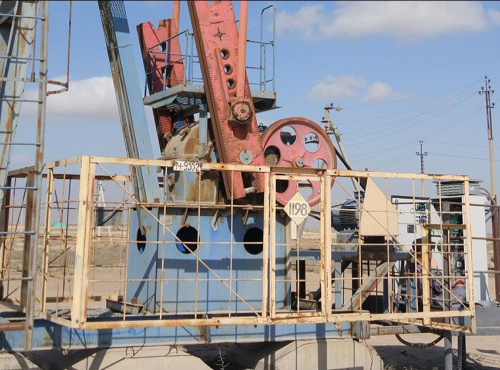